New Chelsea signing Dylan Williams is understandably thrilled to make the leap from Championship strugglers to champions of Europe.

It has been no secret that Thomas Tuchel has been keen to add a new left-back to that squad after the injury to Ben Chilwell, which will keep him out for the rest of the season.

And that has left to many reports that some of the games best left-backs could be making their way to the club, but with no deals happening, we have made the decision to bring Williams to the club.

The 18-year-old left-back has made just eight first team appearances for the Rams, six of which have come in the Championship, but has clearly done enough to catch the eye of the Premier League giants.

And after sealing his move to Stamford Bridge, Williams took to social media to announce his delight at the move to the Champions of Europe, He wrote on Instagram: ‘Wow. I am absolutely delighted to have signed for one of the biggest clubs in the world.

‘Thankyou so much for everything the staff and players have done @dcfcofficial . I cannot wait to get started @chelseafc.’

Derby manager Wayne Rooney, who gave Williams his senior debut, said that he could not bring himself to stand in the teenager’s way of such an enormous move.

‘We have agreed on a fee with a Premier League club, still getting finalised as we speak, for Dylan Williams,’ Rooney said over the weekend.

‘It is one where I felt I couldn’t deny him the opportunity, so that is my decision, not an administrator’s decision.

‘It was my decision after speaking to the player, I felt I couldn’t deny a young lad an opportunity of going to play in the Premier League.’

Florent Malouda has told Chelsea that the signings of Erling Haaland and Kylian Mbappe will improve the squad,.

There has been alot of speculation in the media over the past 12 months that we are interested in the two world class players, who are regarded as two of the most deadly attackers in the game.

Mbappe is seemingly leaving PSG at the end of the season on a free deal after failing to agree a new contract, with Chelsea and Real Madrid both ready to offer him a massive £600,000-a-week contract.

Haaland, whos is already one of the best in the world, will be on the market in the summer for just £64 million due to that clause in his contract, and with Romelu Lukaku and Timo Werner both struggling to find the back of the net on a regular basis, there has been talk of a move for Haaland.

No, amid the speculation, Malouda has claimed that Haaland and Mbappe are the two players that could improve this current squad: “I think [Chelsea] have already started preparing for next season with the new contract of Thiago Silva, looking to keep [Antonio] Rudiger, and thinking about replacements for players that might leave,” Malouda told William Hill.

“Every top team need to strengthen and look at the market to try and become the best team.

Look, Both Haaland and Mbappe are world class players that will improve any squad so if we were able to get just one of them, it would be a special kind of signing. But considering they would demand around £500,000-a-week wages for the both of them, that is alot of money to splash.

We are regarded as one of the best teams in Europe right now but have been struggling to maintain their quality on the pitch, with reports suggesting that the squad are mentally and physically tired.

That has once again led to many reports in the media that the club may be open to adding some new players to the squad this transfer window, and that has led to reports Declan Rice is on the agenda.

After leaving us after failing to establish himself, Rice has developed into one of the very best midfielders in the Premier League, and is one main reason why the Hammers are so high up in the League.

But amid all the speculation, Cole has opened up and urged the midfielder to stay put unless a move to Manchester City was on the table, Cole told BT Sport: “I wouldn’t go if I was Declan Rice, no. I think you run the risk of going there and still not winning trophies.

“I think if Man City were on the table, you’d go there because in recent years it guarantees you trophies and I think Declan would want that.

“But for me there’s no reason for him to not stay at West Ham if the progress is still going in that [upward] pattern, but that’s for him and the owners.

“He needs better players around him at West Ham to go to that next level.”

Declan Rice is a quality midfielder that needs to be playing with one of the big clubs. The Hammers are having a big season, but they are not us and will not be playing top level football every season

YOU MAY HAVE MISSED: Chelsea announce deal as Dutchman admits delight at January transfer move 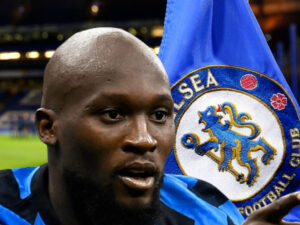 May 16, 2022
Possible Chelsea signing is ‘Unbelievable – fans told ahead of potential £100M move

May 15, 2022
Superstar officially tells Chelsea and his fans – he is leaving giants

Superstar officially tells Chelsea and his fans – he is leaving giants

May 16, 2022
Possible Chelsea signing is ‘Unbelievable – fans told ahead of potential £100M move

May 15, 2022
Superstar officially tells Chelsea and his fans – he is leaving giants

Superstar officially tells Chelsea and his fans – he is leaving giants