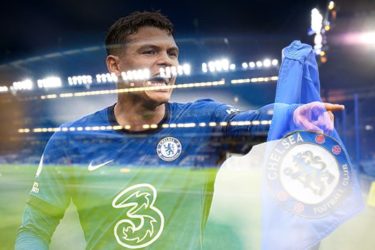 Thiago Silva has stressed the importance of ‘spectacular footballer’ Cesar Azpilicueta to Chelsea amid all the rumours that he is set to depart the club at the end of the season on a free deal.

Azpilicueta is a player that has been in the headlines alot over the past few weeks as indications suggest that he will be leaving Stamford Bridge at the end of the current season.

The Spaniard is out of contract at the end of the season and is yet to extend his deal into next season, and That leaves Azpilicueta free to leave in the summer transfer window. He has been linked with a return to Spain.

It has been claimed already that Azpilicueta has an agreement with Barcelona to make a move to the camp Nou on a two-year deal and with Fellow defenders Rudiger and Christensen also looking set to leave, Chelsea will be in the market for a new defender

However, amid all the rumours that he is leaving, Silva has stressed the importance of the ‘spectacular footballer’ to the club: ‘Cesar Azpilicueta, since I arrived, was one of my main sources of support,’ Silva told Mundo Deportivo

‘There are players who have what it takes to be captain and he is one of them. He is a player who seeks union, who tries to help others.

‘He is a spectacular footballer and a super-professional who, with certainty, deserves to be where is. Azpilicueta has beastly conditions.’

Azpilicueta, meanwhile, admits he could ‘never have imagined’ what he would go on to achieve at Chelsea when he arrived through the doors at Stamford Bridge in 2012.

‘This is my tenth season here,’ the Blues hero said in the same interview. ‘When I came, I never imagined that I could get to where I am right now.

‘The role of captain in England is different from that in Spain and here it is true that you can have more responsibilities off the pitch.

‘Also, we are more involved with the referees, with the Premier League, within the club… I am very proud of the fact of becoming captain, even though I am a foreigner.’

Dutch star issues statement and tells Chelsea is he leaving!