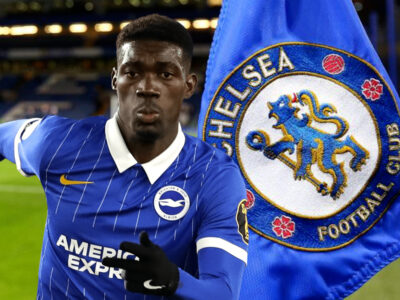 Brighton boss Graham Potter has admitted that it will be ‘very difficult’ to maintain Arsenal target Yves Bissouma.

And it has been no secret in the media that Chelsea are eyeing up a potential deal for Bissouma in the summer after failing to get a deal done in the January window, as Potter did not want to let his best player leave during the season

The South Coast side has been reluctant to sell Bissouma, but Potter has opened up and admitted that it will be very difficult to keep him away from the big clubs when they come calling

Bissouma has also been linked with a move to Manchester United as well as Liverpool, Potter said: “You also have to understand the club and him face a point where you’ve got a decision to make. If there’s Champions League interest, as an example.

Bissouma is ready for that next stage of his career, to make that step up at a club like Chelsea, and honestly for that £50 million, he would be a great signing

He has all the qualities to shine at the club, and the fact that he is already Premier League proven would be massive

YOU MAY HAVE MISSED: Premier League defender to replace departing Christensen at Chelsea?