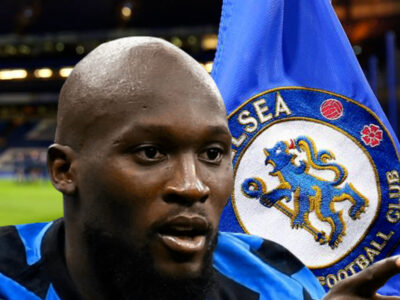 After a bright start following his club-record £97.5m transfer last summer, Lukaku’s influence faded and ended the season behind the likes of Kai Havertz and Timo Werner under manager Thomas Tuchel.

He scored 15 goals in all competitions, but had to apologise to the club and fans for his comments about his bit-part role while in international duty – and he is now keen to discuss a move away from the club.

And according to Transfer guru Fabrizio Romano – he has his heart set on a move to Italian giants Inter Milan – and the Italians board will meet with Lukaku’s representatives soon.

It is believed that Chelsea are looking to recoup some of that £97.5 that they paid to secure a deal for Lukaku – but Inter do not want to pay anything near that and would much prefer to take him on-loan for the season.

Romano tweeted: “Inter board will meet Romelu Lukaku’s lawyer in the coming hours.

“Belgian striker dreams of returning to Inter but nothing has been discussed yet with Chelsea on formula, salary and more.”

His performances were not good enough – his movement was awful and at times – so if he wants to leave – THEN JUST GO MATE!

You Missed: Impressive defender confirms Chelsea is where he wants to be in summer