Piatek is currently taking world football by storm after starting the season in stunning fashion, scoring thirteen goals in Seria A and putting in a number of stunning performances that now makes him one of the hottest transfer targets out there.

And with boss Maurizio Sarri not happy with his front-line and is desperate to add that goal-scorer to the squad which would help Eden Hazard out, he has been linked with a move for Piatek over the past few months.

However, in recent weeks they have switched their attentions to Gonzalo Higuain, who seemingly wants the move to Stamford Bridge and that has meant that Milan are now keen to try and secure a transfer deal for Piatek.

But we have been boosted by the news of a transfer deal in the summer, after Perinetti reiterated his will to keep the player at the Stadio Ferraris this month.

He was quoted on the Calciomercato website: “For now there have only been surveys, there has been no offer and nothing serious.

“If we receive a monster offer, then we will evaluate what to do. But for now, I repeat, nothing has arrived, nor do we have any need to sell Piatek.”

Could Piatek be the long-term answer for us?

Although a deal for Higuaín is very close to being announced, he will only be at the club for a couple of seasons and that means we need someone like Piatek to come in and lead the attack for a good few years.

ALSO SEE:
‘Nobody can afford him’ Inter boss Spalletti has transfer warning for Chelsea over potential Skriniar deal

Werner needs time, Chelsea backed to sign £65 million midfielder after offer made, Rudiger to go so Lamps can get Gimenez?,Sancho claim made 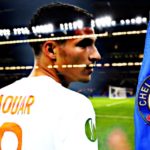