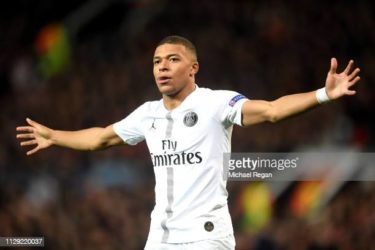 The 23-year-old is one of the best players on the planet and he showcased his talent on the biggest stage on Tuesday, when PSG went up against Real Madrid in the first leg of their last-16 showdown in the Champions League.

However, The France forward is expected to leave the Parc des Princes at the end of the season when his contract expires, with Chelsea, Liverpool and Real Madrid all keen to wrap up a deal.

The Spaniards are favourites to win the race for Mbappe, but with funds tight, they may not be able to match his £600,000-a-week wage demands to keep tempt him to the Spanish League, opening the door to a Premier League move

Timo Werner has had a mixed at Stamford Bridge since joining and while Callum Hudson-Odoi, Kai Havertz, Hakim Ziyech and Christian Pulisic all have their strengths, none are as good as Mbappe.

Still only 23, the French forward has already lifted the FIFA World Cup and has plenty of time to reach greater heights.

Despite never playing in the Premier League, it’s hard to envisage Mbappe struggling to adapt to the rigours of the Premier League given he has impressed when playing English opposition on the Champions League.

Mbappe is one of the best players in the world, but there is a feeling that he is not quite built for the Premier League as his game is largely based on his pace. But under the right guidance, could you imagine just how good he could become?

He is ideal for our great club and the fact he could be signed for free? wow guys

YOU MAY HAVE MISSED: Board have made decision about letting £45 million rated Brazilian leave to join like of Chelsea