Chelsea are reportedly locked in talks with Rennes over goalkeeper Edouard Mendy this summer.

Frank Lampard has been keen to add competition to the goalkeeper’s position amid Kepa’s underwhelming form, and has been eyeing up a number of deals this transfer window, and that has led to all sorts of speculation in the media about the type of stopper that he would look to bring.

That has led the club to Rennes star and Senegal international Mendy, 28, who has been watched by  coaches for some time now and has already seen two offers arrive from the Premier League outfit over the last few weeks.

Now reports on the TalkSport website has claimed that we are now locked in talks to try and sign the stopper this season, and the the club hope to land Mendy for around £18m, although Rennes are said to be seeking over £30million for the Senegal international.

The report adds Petr Cech, technical director, has strong links to Rennes having played for the French club earlier in his career and is heavily involved in talks to try and thrash out an agreement.

Look, Mendy is a decent stopper, but guys is he really the stopper we need to come in and make that area of the pitch more solid?

We have made some great moves this summer, but Mendy is not a player that will be better than Kepa, not even close.

But lets see how this plays out, it will be an interesting watch over the next few days.

JUST IN: Chelsea icon opens up and sends exciting message about revelation Pulisic

YOU MAY HAVE MISSED:Chelsea have been hailed for bringing world class Brazilian to Stamford Bridge

Tags:ChelseaEdouard Mendy
previousChelsea get green light to wrap up world class deal as Napoli announce summer exit
nextGranovskaia opens up and reveals why £71 million star was signed by the Chelsea 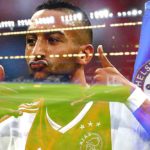